I've been trying lately to get back to my roots on some personal projects, film photography. Film makes you think a bit more before you press that shutter, plus I'm using a square format Hasselblad camera for my images. Personally, I really like the square format, it's probably a balance thing.

On to the image.....I asked a friend of mine Andrea, if I could take her photo. She's also a photographer, so for me, there was an added challenge for me in making an image. I've know Andrea for a number of years, and have watched her grow as a photographer, and have been lucky to work with her on several instances. Some photographers don't like to be in front of the lens, and Andrea was a little timid about it, so I wanted to make it as low key as I could. I decided we would just talk, and during that conversation I waited for moments that I would press the shutter. I think I captured Andrea pretty well, especially if you know her. Thanks Andrea for being my subject for the afternoon. 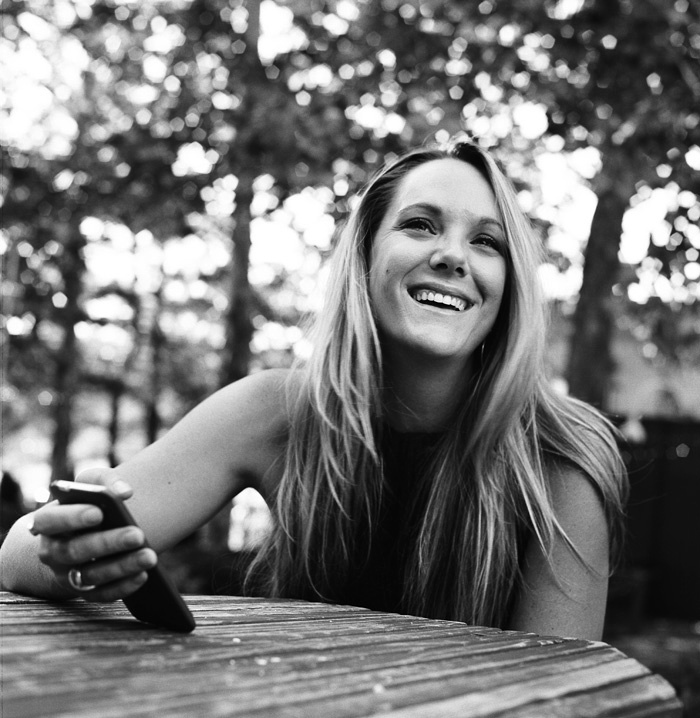